The U.S. Department of Agriculture (USDA) honors the Native American and Indigenous farmers, ranchers and forest landowners who work with our employees. We pay tribute to their love for the natural resources—land, water, plants, and animals. Native American, Alaska Natives and other Indigenous Peoples have always played a significant role in agriculture and conservation and that commitment continues today.

Below are three stories about Native American and Alaska Native agricultural producers and private forest landowners who used conservation programs and services, and conservation tools to manage and improve natural resources on tribal land.

Meet the Suquamish Tribe and the Puget Sound Restoration Fund, Washington State—Creating a Haven for the Olympia Oyster to Thrive

Read more about how the Puget Sound Restoration Fund and Native American Tribes work together to save Olympic Oyster habitat.

The Osage Nation in Osage County, Oklahoma, wanted to restore its 47,000-acre ranch by clearing it of invasive species such as blackberry and cedar trees. Once cleared, the land could be fully used to graze its 2,500 head of cattle and 80 buffalo. USDA worked closely with the Tribe to help them create land for healthy grass to grow for grazing their animals. The Osage Nation used USDA’s voluntary Environmental Quality Incentives Program for spraying to eliminate overgrowth and prescribed burning to create healthy pastures. Through its partnership with USDA, the Osage Nation returned the entire ranch to its former glory.

As the largest private landowner in the state, Alaska Natives play a crucial role in protecting the state’s natural resources for future generations. Locally led partnerships and trust are important to achieving the successful adoption of voluntary conservation in the state. USDA works closely with members of the Alaska Natives Tribal Conservation Districts to understand their key natural resource challenges and how best to address them. Through the tribal conservation districts, Tribes have used USDA programs such as Environmental Quality Incentives Program and the Emergency Watershed Protection Program. Those relationships have resulted in diverse natural resource accomplishments on tribal land such as enhanced fish and wildlife habitat, increased forest health and increased food production through community gardens.

Read more about how USDA partners with the Alaska Tribal Conservation District system.

USDA offers one-on-one assistance to farmers, ranchers, and private forest landowners nationwide. Whether you are a veteran producer or a new or beginning producer, USDA has diverse programs and services to help you. Here are available resources:

Sylvia Rainford is a public affairs specialist with USDA in Washington, D.C. 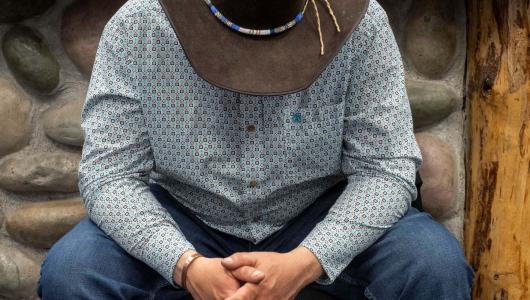 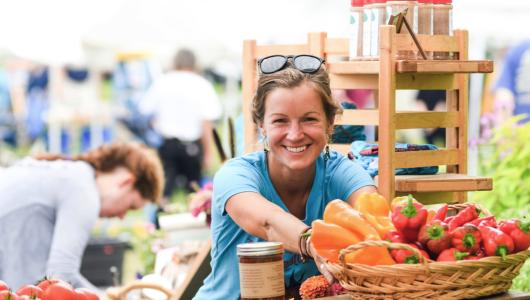 Fridays on the Farm: Deep Rooted in Organics