Nebraska isn’t known as a destination for celebrities, but for wildlife enthusiasts and birdwatchers, Nebraska had a visit from a few “A-list” celebrities recently – just in time for American Wetlands Month.

Trumbull Basin, a wetland located in Adams County in central Nebraska, was graced with the presence of four Whooping Cranes who stopped at the wetland during their migration north.

The Whooping Crane is one of the world’s most endangered species. There are currently just over 800 of these birds on earth.

Trumbull Basin, the wetland where these rare birds called home for 11 days, is in the heart of a unique geographic area known as the Rainwater Basin.

The Rainwater Basin is a complex of wetlands covering portions of south-central Nebraska. The area is also part of the migration route known as the Central Flyway. In spring, birds that have wintered on the Gulf Coast and across Texas and Mexico funnel into this 150-mile-wide area over central Nebraska that contains thousands of wetlands.

The wetlands provide habitat for migrating birds. Despite being critical to migrating and local wildlife species, the Rainwater Basin wetlands have been greatly reduced from their historic numbers.

“Seeing Whooping Cranes use one of the wetlands that a group of Nebraska landowners worked so hard to restore is extremely exciting and also really gratifying,” said Andy Bishop, coordinator for the Rainwater Basin Joint Venture.

At 465 acres Trumbull Basin is one of the largest privately owned wetlands in the Rainwater Basin. This wetland was restored through the former Wetlands Reserve Program, a voluntary NRCS conservation program that helped landowners protect, restore, and enhance wetlands on their property. Landowners can do this now with Wetland Reserve Easements through the Agricultural Conservation Easement Program. Across the country, more than 5 million acres have been enrolled in easements.

When this project was initiated back in the late 1990s, there were five landowners who each owned a portion of Trumbull Basin. Initially this project started with the goal to better manage irrigation water to improve cropping potential, but the landowners soon realized there wasn’t much they could do to improve the area’s cropping capability. The alternative to farming such a wet area was to work with NRCS to restore the wetland through WRP.

“Our programs are a great tool for farmers to explore when a piece of their operation isn’t meeting their needs, and they want to find a different way to manage their land,” said Jeff Vander Wilt, acting state conservationist for NRCS in Nebraska. “In the case of Trumbull Basin, this resulted in converting poorly producing cropland into critical habitat for one of the world’s most endangered species.”

Restoration was an incremental process beginning in 1999, with the last tract enrolled into WRP in 2006. Thanks to the landowners working with conservation agencies, including NRCS, the Rainwater Basin Joint Venture, Nebraska Game and Parks, and the U.S. Fish and Wildlife Service, Trumbull Basin was restored.

The restoration required removing 66,000 cubic yards of sediment from the wetland, filling a large concentration pit, and removing nearly 1.5 miles of berms surrounding the wetland. This work restored how the wetland originally functioned in the landscape, by allowing water to flow back into the wetland where it could provide habitat, prevent flooding, improve water quality, and recharge ground water.

Since the wetland was restored, additional steps have been taken to ensure it continues to function. A management plan was developed that included grazing, prescribed burns, herbicide treatments, and tree cutting. The continued management of Trumbull Basin has helped maintain this site as ideal wetland habitat.

“Seeing wildlife use this wetland 15 years after it was first restored is extremely rewarding,” said Andy. “It shows we’re doing something right by helping landowners create and manage the type of habitat these extremely rare animals need to make their long journey.”

USDA offers a variety of risk management, disaster assistance, loan and conservation programs to help agricultural producers in the United States weather ups and downs in the market and recover from natural disasters as well as invest in improvements to their operations. Learn about additional programs.

Joanna Pope is a public affairs specialist for NRCS in Nebraska. 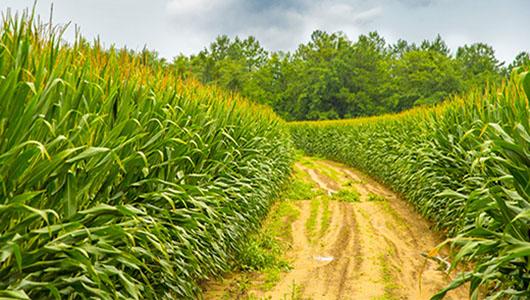 10 Tips for Resource Stewardship Planning on Your Farm 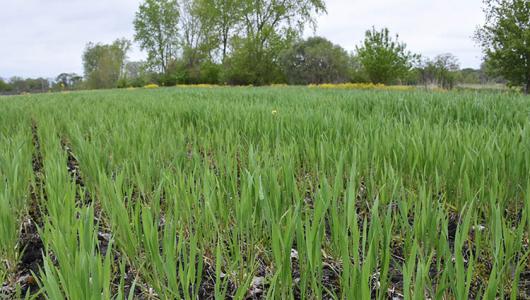 Fridays on the Farm: Creating a Wildlife Oasis