Pete started out as a rancher - today, he runs a salad bar. Pete and the rest of the Wahl family have embraced a radical idea. Sheep don’t want more acres to graze. They want better food and more diversity on the acres they’ve got. 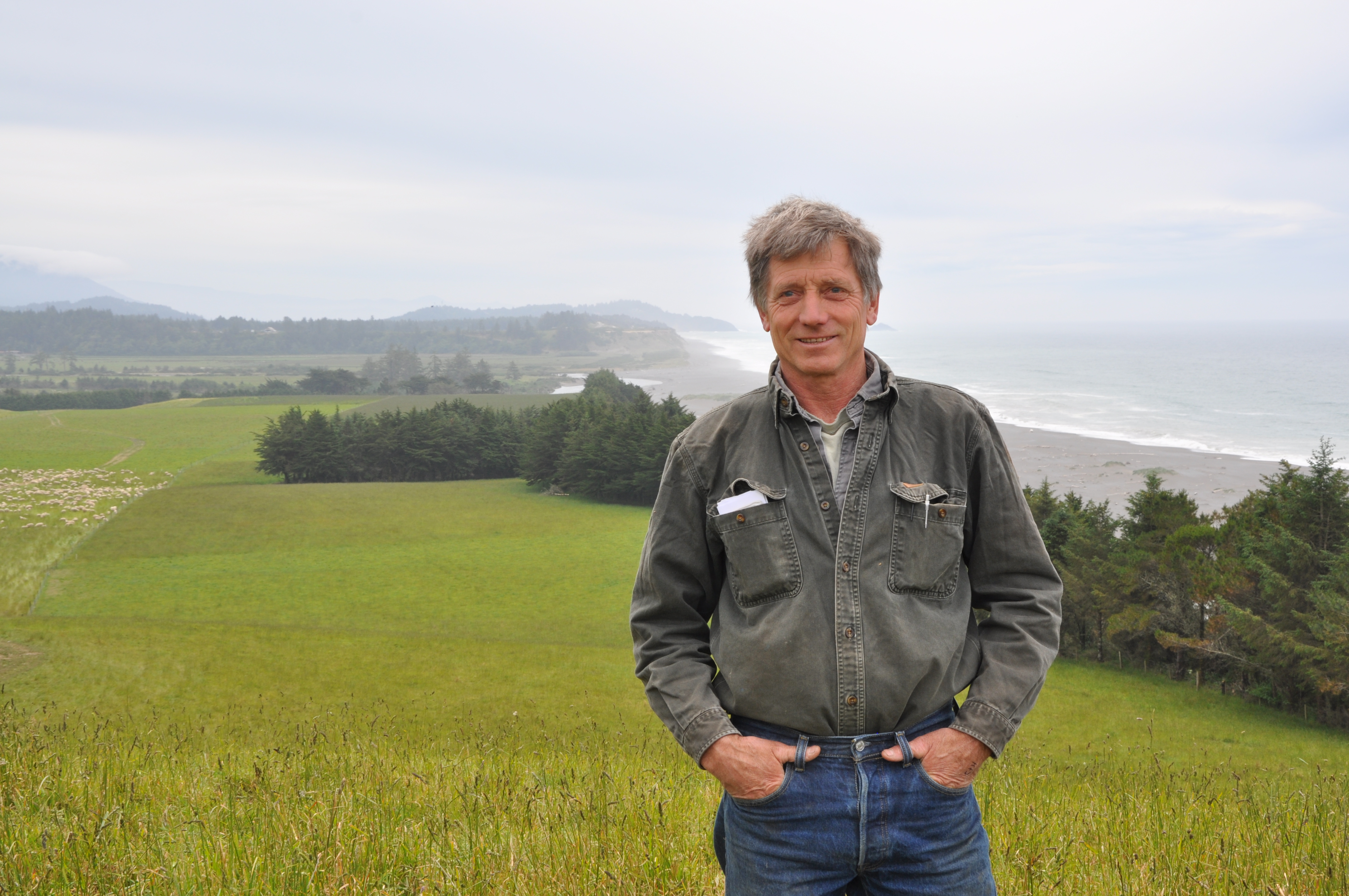 The realization has led to two major changes in the operation: providing the sheep a diverse diet and keeping his flock on the move.

The Wahl Family Farm occupies a stunning stretch of Oregon’s coast. Sheep graze atop cliffs overlooking the union of the Elk River and Pacific Ocean.

“All of this is orchard and rye grass, and there’s plantain and chicory,” Pete says. “That yellow flower back there is turnip.” 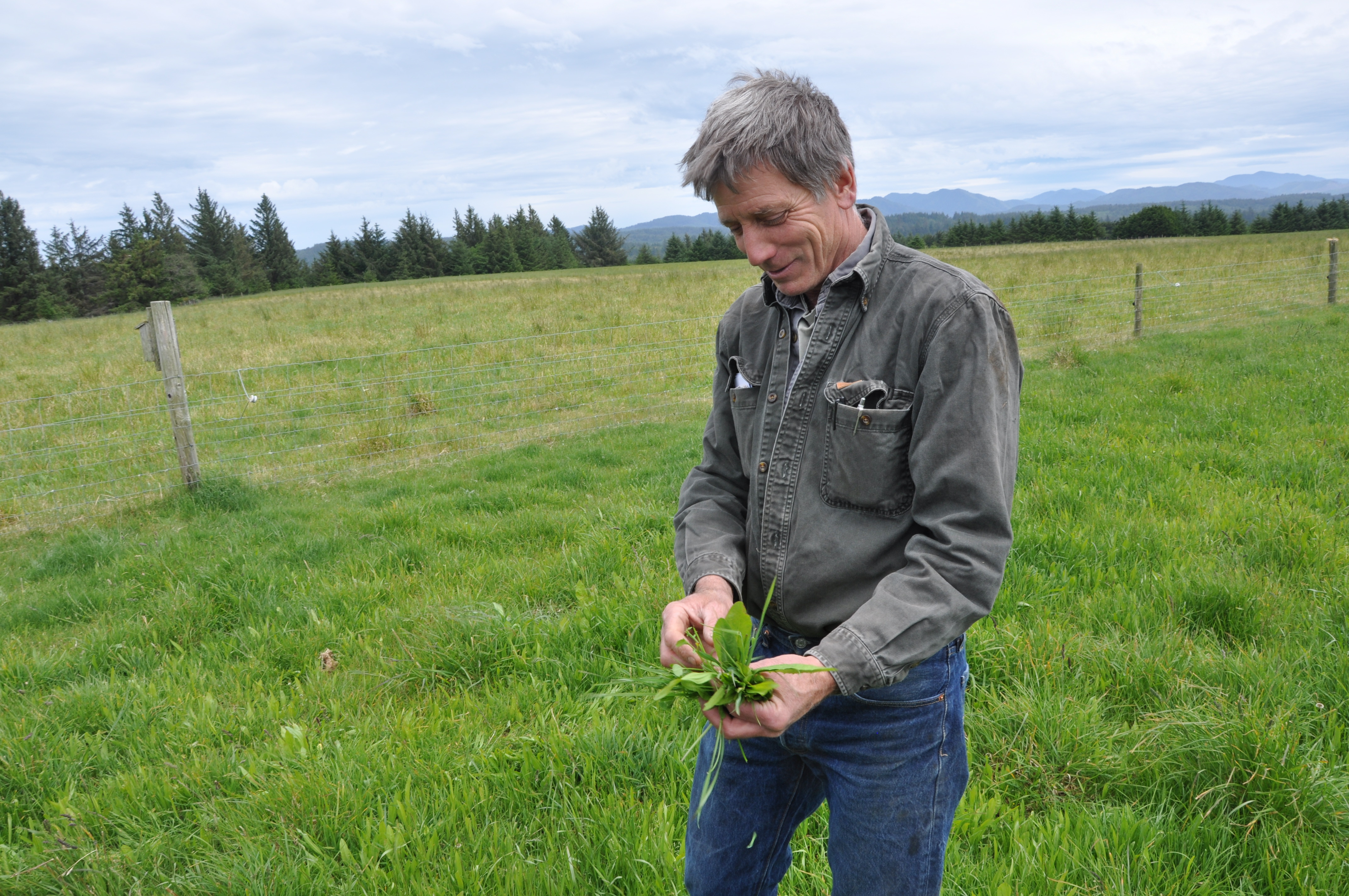 To meet their flock’s nutritional needs and save money on hay, the Wahls broadcast a cover crop seed mix onto their pastures. They rely on hoof action from the sheep to work seeds into the soil rather than spend fuel and disturb the ground with mechanical seeders.

Pete’s sheep have never been healthier.

“That was the real stunner, the change in health,” Pete says. “It isn’t change in genetics…you can’t change that in 12 months, but the animal health changed that quick. And the consumption of antibiotics and worm medicines, it dropped.”

But diverse forage is only part of the equation. The Wahls have thousands of mouths to feed, and that means if the sheep are going to eat, they’ve got to keep moving.

Typical sheep operations will move sheep from one paddock or section of a pasture to another every three to seven days. This allows grass to grow back between grazing periods. Overgrazing results when sheep aren’t moved often enough or at all. This leads to plant stress, depleted soil and reduced livestock forage.

With nothing but a four wheeler and portable electric fencing, the Wahls move nearly 1,000 sheep from one six-tenths of an acre paddock to the next, every day.

By keeping the paddocks small and moving the sheep frequently, it’s possible to provide significantly more grass on fewer acres than traditional operations.

It’s the combined approach of high quality, diverse forage and a “mob grazing” management system that are yielding dividends for the Wahls. The two practices work in tandem for a common goal that’s supporting the Wahls radical approach—soil health.

The Wahls have been caring for their piece of paradise since 1874. As the fifth generation begins to have a hand in stewardship, the family remains central to their operation.

Together, they consistently take initiative to protect all the resources on their land and frequently work with conservation agencies such as Curry County Soil and Water Conservation District, the Curry Watershed Council and the USDA’s Natural Resources Conservation Service.

See more photos of the Wahls in our multimedia story , and learn more about NRCS assistance for conservation practices at www.nrcs.usda.gov. 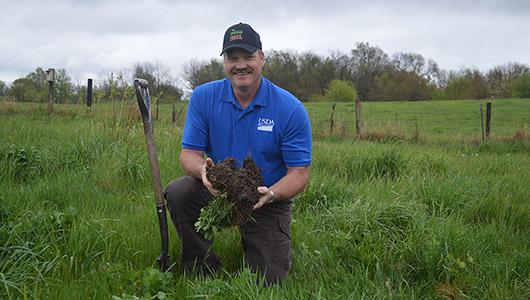 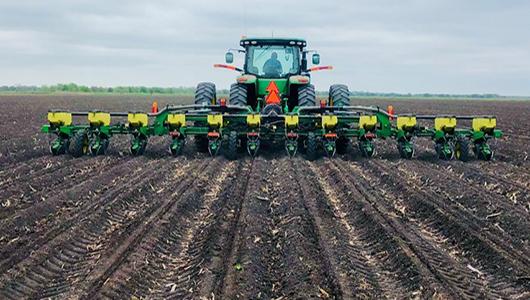 5 Steps to Complete After Spring Planting