Summer interseeding may be a good cover crop strategy for farmers with shorter growing seasons. So say the first-year results from a USDA-sponsored soil health demonstration project in northern Iowa. Interseeding allows cover crops to grow and take root prior to corn canopy. After canopy, the cover crop goes dormant from being shaded out then regrows after the corn harvest.

Fifteen producers who struggled for years to consistently establish fall-seeded cover crops are working with the USDA Natural Resources Conservation Service to interseed cover crops at the V4-V7 corn growth stage, which typically occurs in June in northern Iowa. USDA awarded the Allamakee Soil and Water Conservation District a three-year, $236,000 Conservation Innovation Grant to lead, manage, and analyze a series of field-based trials.

Two participants also interseeded 60-inch corn rows through the trial. Brady Kruger, of Waukon, Iowa, planted his 60-inch twin rows at the same population as his 30-inch rows. He said the growth difference was substantial. “I really enjoyed walking the (60-inch) plot throughout the summer and seeing the difference and how cover crop species performed much better when given more sunlight,” said Kruger. “The (corn) yield came out to be the same as the rest of the farm, so I was pleased with that, considering how dry August was.”

Aarik Deering, of Postville, Iowa, discovered the interseeded cover crops didn’t rob moisture from corn during grain fill. “I am planning more 60-inch twin row corn for 2021 and will be putting a lot more effort into it,” he said. “I feel there is great potential there.”

A sampling of Year 1 results:

The trials revealed not all seeding methods provided equal results. “Farmers who opted to broadcast the cover crop seemed less satisfied,” he said. “They had issues with growth consistency and overall delayed growth, leading to less biomass.”

Jason Johnson is a public affairs specialist with NRCS in Des Moines, Iowa. He can be reached at Jason.r.johnson@usda.gov. 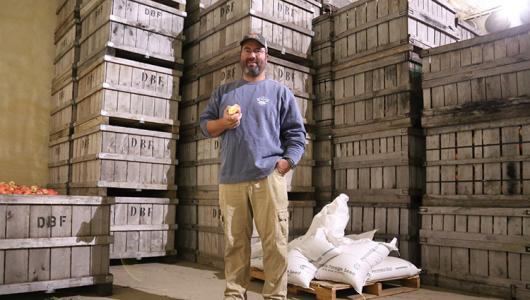 Fridays on the Farm: A Bright Future Through Soil Health 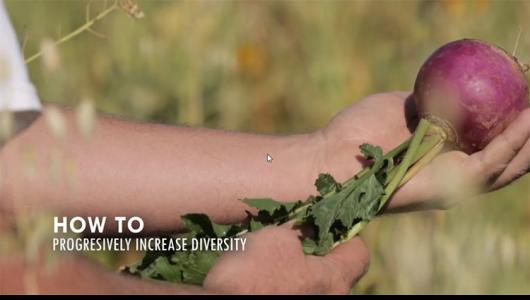 Soil Health: How to Benefit from More Diversity