August 5 is National Oyster Day. Join us in celebrating with a trip to Rhode Island, nicknamed The Ocean State for its abundant coastlines. USDA’s Natural Resources Conservation Service (NRCS) and the Rhode Island Department of Environmental Management (DEM) have worked with growers to support Rhode Island oyster populations and strengthen marine ecosystem health.

Oysters in The Ocean State

“I started out digging clams for a living, riding my bicycle down to the pond. Anything to do with the fishing business, that's what I’ve been doing,” said oyster grower Steve Crandall as he stood by the dock at his oyster farm in Westerly, Rhode Island. Steve’s farm is on Weekapaug Breachway, a waterway that connects the Atlantic Ocean to a coastal salt pond. According to Steve, the waterflow makes this area ideal for growing oysters.

Oysters are the state’s number one aquaculture product according to Rhode Island’s Coastal Resources Management Council, with the state generally producing more than eight million oysters for human consumption annually. “Oyster farming in Rhode Island is so very important for so many reasons,” said Steve. “The demand for raw oysters is just overwhelming and you couldn't ask for a better place. Our water quality can be phenomenal.”

Despite ideal growing conditions, wild oyster populations across many states are declining due to factors such as overharvesting and habitat loss. According to Eric Schneider, Principal marine Biologist with the DEM’s Division of Marine Fisheries, Rhode Island is no exception. “Wild oyster populations are at an all-time low,” Eric explained. “Oysters provide a number of essential ecosystem services, from water filtration to fish habitat and shoreline protection. By having oyster reef habitat absent from these systems, those services can be significantly depressed.”

In early 2020, DEM and NRCS realized that the coronavirus pandemic would affect the state’s oyster growers along with other agricultural producers. The agencies saw an opportunity to help growers and the environment by obtaining reproductively mature oysters to restore dwindling oyster populations in Rhode Island.

“We offered a special initiative through EQIP,” said NRCS District Conservationist Melissa Hayden. “We contracted with growers to bring totes of single large oysters and deploy them at predetermined restoration sites within Winnapaug Pond, as well as some of the other coastal ponds, and locations in Narragansett Bay.”

According to Steve, the decision to participate was an easy one. “We had multiple trays of these larger oysters on the farm, which we thought would be perfect candidates for this deployment,” said Steve. “We brought them out to an assigned location and sprinkled them around on the bottom.”

To measure the practice’s success, growers hire a contractor to monitor the restoration sites for several years after the deployment. The contractor will collect samples for disease testing, take measurements, and report how well the oysters are doing.

“Restoring oyster habitat and ecosystem services is something that can benefit everyone,” said Eric. “Whether they're concerned about water quality, the health of the Rhode Island marine ecosystem, fish habitat, or shoreline protection, there's an aspect that affects everyone.”

Watch the below video to learn more about oyster restoration in Rhode Island.

USDA offers a variety of programs and services to support producers in the United States, including oyster growers and other aquacultural producers. Visit farmers.gov or contact your local USDA Service Center to learn about options for your operation.

We are committed to delivering USDA services while taking safety measures in response to the pandemic. Some USDA offices are open to limited visitors by appointment only. Service Center staff also continue to work with producers via phone, email, and other digital tools. 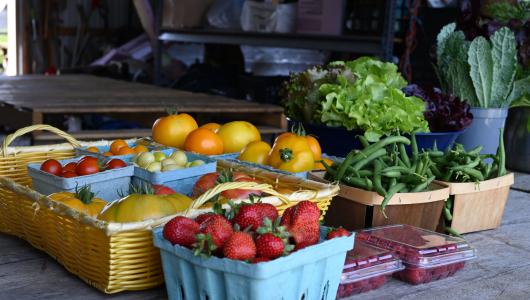 Fridays on the Farm: Promoting Health and Wellness at Purple Skies Farm 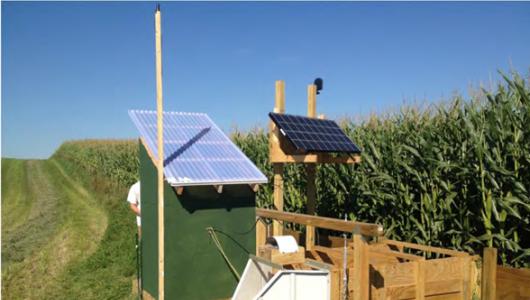