Fridays on the Farm: Conservation on Tap

This Friday meet Sassan and Kristy Mossanen, owners and operators of Denali Brewing, a popular craft brewery and restaurant in Talkeetna, Alaska. The brewery is named for Mount Denali, the highest peak in North America, and flanked by stunning views of the Talkeetna mountain range.

The Mossanens are stewards of the land, working tirelessly to reduce and reuse all forms of waste generated at the brewery. Their core values revolve around sustainability and conservation, both of which play a major role when making business decisions.

Their conservation journey began in 2012 when they developed a composting system to reuse the spent grain produced at the brewery. Instead of shipping truckloads of spent grain to the landfill, Denali Brewing offers its spent grain to nearby farmers for livestock feed. Since the brewing process removes sugars from the grain, it’s rich in protein and nutritious for livestock.

“In 2020, our brewery produced about two million pounds of spent grain, but we don’t necessarily like that term because the grain still has plenty of uses left after it leaves the brewing process,” Sassan said. “During the summer, we probably give away 75 percent of the spent grain to farmers, but the demand for it varies seasonally.”

Ideally, the Mossanens would love to see all their spent grain go directly to farmers. Since there is not quite enough demand yet, they took matters into their own hands and started a composting system.

The Mossanens set up a series of composting piles in 60-foot rows in the back of the brewery. The piles are mechanically turned at least twice a week using a skid steer, and over time, they produce a rich compost material that supports the brewery’s farming operation.

With plenty of compost on hand, their next sustainability goal was to start growing their own vegetables to serve at the brew pub restaurant. Kristy's farm assistant, Michelle Crowe, reached out to USDA’s Natural Resources Conservation Service in 2018 and started discussing plans for expansion.

Once they had established their growing area and recorded a full crop production season, they applied for assistance through the Environmental Quality Incentives Program to install a high tunnel, along with two other conservation practices, nutrient management and conservation crop rotation.

Since Kristy is considered a beginning farmer with less than 10 years of experience, she qualified for a higher cost share payment from NRCS. Kristy said the financial assistance from NRCS was instrumental to expand their farm, and they likely would not have built the high tunnel without the help. Kristy is also working with NRCS to monitor and manage the nutrients applied to the soil in the high tunnel.

“The first year our soil tests came back normal, which was surprising to us because we thought they would be high in nitrogen since the spent grain is very nitrogen rich,” Kristy said. “The second year our tests showed that we needed to add more nitrogen, so we applied blood meal. The third year, we tested low for phosphorus and potassium."

“Rotating crops helps improve soil fertility because it diversifies the types of living roots that feed soil microbes,” said Braden Pitcher, NRCS soil conservationist. “It gives the soil microbes different food sources, so they aren’t just eating the same things season to season. This practice aligns with one of the NRCS soil health principles to maximize diversity above ground for diversity below ground.”

Each Friday visit local farms, ranches, forests and resource areas through our Fridays on the Farm stories. Meet farmers, producers and landowners who are working to improve their operations with USDA programs.

Tracy Robillard is a public affairs specialist for NRCS in Alaska. 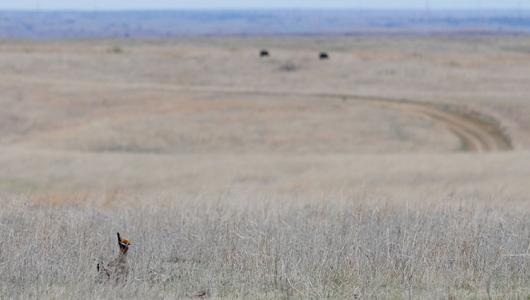 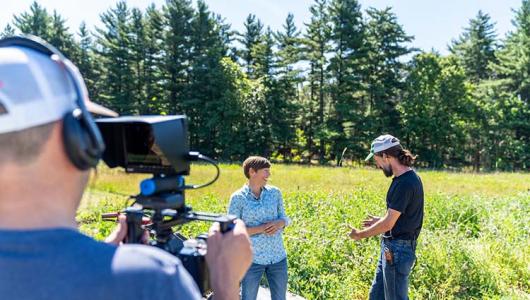